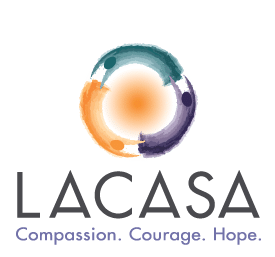 EDITOR’S NOTE: This article is updated regularly in the footnote section, which provides links to ongoing news about the Penn State Scandal and its aftermath.

Tell a parent? Tell a teacher? Tell a friend? Tell someone?

We know the question well at LACASA Center. It comes up repeatedly in our line of work, which is to support and advocate for survivors—children, teens and adults who have endured heinous violations, most often at the hands of someone they trust.

The reasons many survivors remain silent are not black and white. They are complex.

Survivors often don’t tell because they think they did something wrong or didn’t do something right. Quite simply, they blame themselves.

Even survivors whose lives were threatened—or the lives of their loved ones—succumb to self blame.

Many survivors are hesitant to give voice to the violation, the pain, the degradation, and the feeling of shear helplessness.

Fragile and traumatized, some survivors just are not ready—physically, emotionally and psychologically—to come forward.

They may fear the unknowable. What will happen when I tell? Will I be believed? Will I be supported? Will the abuser be arrested or remain free? Will friends ridicule me? Will the people who I care about shun me?

Telling a secret of this magnitude would set an intangible series of events into motion. The survivor, who is fragile and traumatized, may not be equipped to deal with the extreme anxiety that accompanies the act of coming forward and facing the unknown.

Some survivors do not tell to protect their loved ones. We know this to be especially true with children. They understand that speaking the truth will inflict pain on their parents, and they may choose to protect their families from the emotional upheaval.

For these survivors, the shame, blame and fear of what happened is their burden to carry…and theirs alone.

The public stature of a perpetrator plays prominently in a survivor coming forward. If the abuser is a respected member of the community or an admired friend of the family, the chances of a survivor speaking out are significantly reduced.

In the case of Jerry Sandusky, out of the 10 young men who came forward, only one revealed the crime to a parent at the time the abuse occurred. The mother did everything right. She believed her son. She went to the university. She went to the police. She reported, and persevered. But the authorities dismissed her claims as baseless.

A crime of this magnitude forever changes a child’s life view. The belief that the world is a safe place is shattered.

Children grappling with the aftermath of sexual abuse are in coping mode. The shock of their experience stuns them into silence. The process of healing and recovery takes tremendous energy. They do not possess the strength to undergo further trauma. It takes everything they have just to carry on.

How do we protect our children?

As parents, we do not want to instill our children with dread and apprehension about people, life and potential perpetrators. We can, however, use positive tools to help keep our children aware and empowered without overwhelming them.

It is essential to teach children about physical boundaries from an early age. Kids must be given knowledge about their bodies, made aware of “off limits”areas, and educated about appropriate touching.

Children should be taught how to say “no”…and mean it…when anyone crosses a physical boundary. It is important for them to understand that if someone touches them in an inappropriate area—or if they are asked to touch someone else in a private area— it is absolutely necessary to tell the parent.

One of the tragedies in the Sandusky case involved the testimony of a victim’s mother who recounted that her son repeatedly pleaded with her not to spend weekends at the Sandusky home. The mother insisted that her son go anyway. We must pay attention to what children are saying…or not saying.

The single most damaging thing a parent can do in this situation is to dismiss, disregard or outright negate the child’s attempt to reveal the abuse. Survivors tell us that the failure of a parent to believe them is a wound that never truly heals.

Some parents hesitate to involve authorities because the child’s story seems fuzzy, disjointed or conflicting.

Research over the past several years shows that trauma impairs our neurobiology. In an act of self-preservation, the brain limits recall. Memories of the event may return in fragments or random waves. Some events may be blocked temporarily or permanently by a phenomenon known as traumatic amnesia.

LACASA’s counseling staff pursues advanced training in neurobiology trauma and its impact on survivors. As trauma professionals gain more understanding into physical and psychological coping mechanisms, we learn that the recounting of traumatic events rarely follows a linear and logical pattern.

• A child appears uneasy, agitated or unusually quiet in the presence of a family member, family friend or acquaintance

• A child physically shrinks away—or strongly resists—when this person tries to hug them, pick them up or hold them

• A significant difference in personal hygiene, sleeping habits, school performance, or emotional responses to situations is cause for concern and immediate exploration

When a child’s behavior suddenly changes, there is a reason. The root cause could be any number of things, but it is our job as adults to find out why and respond accordingly.

Over the last three decades, our culture has invested a good deal of time teaching children about “stranger danger.” The sad fact is, more than 80% of child sexual abuse crimes are committed by someone the child knows.

Child sexual predators are cunning. They watch. They learn. They identify victims whom they view as vulnerable and controllable.

Interviews with hundreds of child sexual abusers reveal the same findings. Predators seek out children who are accessible and appear to have minimal parental engagement or supervision.

Sandusky founded his charity, “The Second Mile,” in 1977. It began as a group foster home for troubled boys. The charity’s mission later grew to help troubled boys who were from absent or dysfunctional families.

The coach created an ideal environment to commit sexual crimes against children. Nearly all of the victims testifying in the Sandusky trial were affiliated with Second Mile.

“Neighborhood” abusers build trust with the child and often with the family members or parental guardians. Perpetrators entice children and families with perks, special outings, or advantages that the family unit cannot—or does not—provide. Once trust is established, the abusers begin to test the sexual boundaries of the child.

In the Sandusky case, the coach had a lot to offer. As a Penn State insider, he came with a cache of prestige and connections. He repeatedly took boys on weekend outings to sports camps, out-of-town football games and college bowl events. Parents and guardians were eager for their children to be affiliated with Penn’s elite inner circle.

What the Sandusky case taught us

We learned much from the Sandusky case, but unfortunately most of it is not new information. Experience has shown that it can take years for men of prominence to be exposed. The timeline of the Sandusky case established during the trial speaks volumes.

• The first allegations against Sandusky surface in 1998, when a victim’s mother contacts university police about the coach’s inappropriate behavior with her son (Subsequent evidence produced in court shows that Paterno may have known about the abuse allegations since 1976)

• In 2000, a shaken Penn State janitor tells coworkers and his supervisor that he witnessed Sandusky performing oral sex on a young boy in the shower

• In 2002, a graduate student reports seeing Sandusky raping a child in the university’s football facility shower; the student initially tells his coach, then Coach Joe Paterno, and later reports the incident to Penn State’s athletic director as well as the vice president of campus police

• In 2008, another boy’s mother comes forward with allegations

• In 2009, a teen boy lodges a sexual assault complaint against Sandusky, prompting the Pennsylvania attorney general to begin an investigation

It is our duty to protect children

Sadly, it often requires an alarming body of evidence and a series of victims to bring an abuser to justice. The molestation of children by priests—sometimes over decades—is a classic example. The Sandusky case is yet another.

One accusation should be enough to initiate a prompt, exhaustive and conclusive investigation.

We may never know the extent of how many boys Sandusky victimized. What we do know is that a man of his position was allowed to commit horrific abuse against children, while his peers, his colleagues, the campus police, and local law enforcement officials appeared to have turned a blind eye.

Current and former Penn State officials are now under investigation for perjury and failure to report abuse allegations. A grand jury is reviewing more sexual abuse allegations against Sandusky.

Our laws and our social fabric must change. Witnesses should not be afraid to speak up. They should, instead, be afraid not to.

Only when we create a no-tolerance policy for child abuse…only when we believe one victim, one parent and one witness…will we begin to lighten the shroud of blame, shame and fear that surrounds child molestation and rape.

It is our inherent duty to protect children, not perpetrators.

LACASA Center: We are an independent 501(c)3 nonprofit organization that provides critical resources, shelter, support, counseling, and legal advocacy for survivors of child abuse, domestic violence and sexual assault. In addition, LACASA offers services and programs for the family members and friends of victims who have been impacted by these crimes. All services for survivors, their families, and friends are provided at no charge. We are located in Howell, Michigan and serve Livingston County, Michigan.

This article originally published in The Livingston Post, and is reprinted with permission.

Sept. 6, 2016: Penn students fight back after ‘Rapey’ flyer is emailed to freshmen girls

March 1, 2015: Students at Penn State saddened by yet another sex scandal 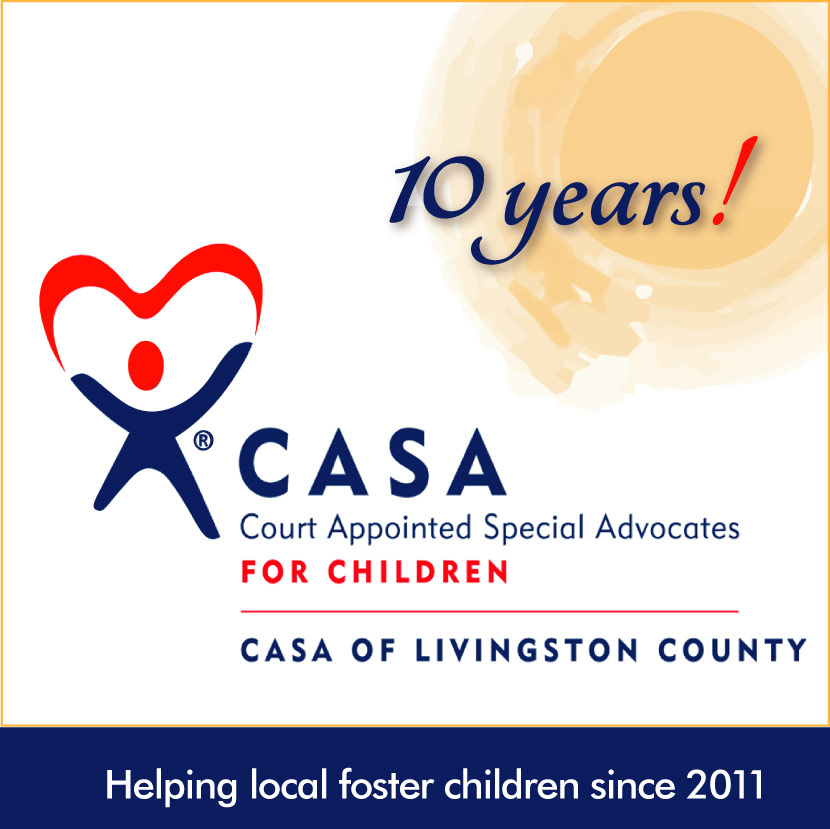